I’m fortunate enough to have many amazing, talented friends, both online and in 3D. Some of the coolest and most creative folks I know are fellow members of a fiber arts group called String Thing. Based in Durham, NC, we are a motley collection textile artists, spinners, weavers, knitwear designers, quilters and hobbyist knitters.

Knitwear designer extraordinaire Sarah Sipe is one of that ultra talented crew. When I saw this immensely beautiful circular shawl she designed, I was blown away.

In the midst of the gorgeous lace are delicate glass beads in a mysterious series of patterns. What are those patterns? They are the 99 Names of God that Sarah translated into code. (Anyone who knows me know that I adore codes.) There is an almost alchemical magic to this shawl.


For more about how she created this stunner, please read on.

Please describe the 99 Names of God scarf to us?
The 99 Names/Attributes of God are a Muslim devotional. The 99 names are said to be different characteristics of Allah which are meant to show all of God’s facets. It takes all of these attributes to come close to describing Allah (which is NOT one of the 99 attributes.) The 99 names are not codified. I chose a list off of wikipedia, which is very similar to the list of 99 on a print in my house.

The shawl is based off the Elizabeth Zimmerman Pi Shawl design, which creates a circular shawl by doubling the number of stitches on an increasingly large repeat of rows. I charted out my names and plugged them into the rows.


What was the inspiration for the scarf?
Naomi (a fellow String Thing member) was working with a friend on coding a Hebrew prayer into her Secret Code. At the same time, a group I'm in on Ravelry was running a Knit-A-Long of a pattern called Celestarium, which is a circular shawl that maps out the night sky as seen in the Northern Hemisphere. I was totally geeked out by both, and decided to combine all of my interests into one completely insane idea, combining a circular shawl, Arabic, and beads.

Can you give us an example of one of the names of God and how you translated it into code and then the knit pattern?
Each name begins with “al”, which simply means “the” in English. Thus, for example, one of the 99 attributes is “al-Rahman,” the Most Compassionate. I removed the “al” from each name, instead chosing to make a visual representation in the center of the shawl – in Arabic, “al” appears to look like two lines next to each other, making my center mandala look like four sets of “al”. Removing the “al” from each name made it so that each, rendered in Abjad numerals (each letter is assigned a number), tended to be less than 10 digits across. I made each name into a grid. “al-Rahman,” minus the “al,” becomes 200, 8, 40, 50.

And then the math came in. The center mandala increases to 48 stitches by row 12. Row 13 begins the name charts, 5 in the first section, 10 in the next two sections, 20 in the next four, until I ran out in the final section. The lace on the edge is meant to look like a hamsa (also known as the Hand of Fatima), a symbol of protection used throughout the Middle East.


As a knitwear designer, what are your favorite things to design? What inspires you to sit down a create your own patterns? For example, the natural world? Things you see in films? Books? How long have you been knitting, spinning, designing patterns?
I love designing shawls, especially shawls with secret meanings. My favorite published design is my Bull City Scarf, which has a hidden "D" for Durham in the lace. I find myself especially inspired by the city of Durham - everything from the shapes of the buildings downtown to the Eno flowing through my backyard. I'm also more than a little geeked by putting math into use in knitting.


Any projects in the works that you're particularly excited about?
I'm playing with math. Fibonacci sequence in particular. I'm also considering something inspired by some Frank Lloyd Wright shapes, after visiting my old Chicago stomping grounds recently.

You can purchase Sarah's designs on ravelry. I'm not a knitter, but I adore her Piedmont Slouch Hat (yes, that is a photo of me modeling the purple one.)

"Big Yes!" is a blog feature where I share, with the artist’s permission, a piece of textile art that has opened my eyes to the possibility of what we can create.  When faced with things that are truly beautiful or moving or that fill me with awe, I try to say yes. More than that, Big Yes.
Posted by olisa at 11:47 AM 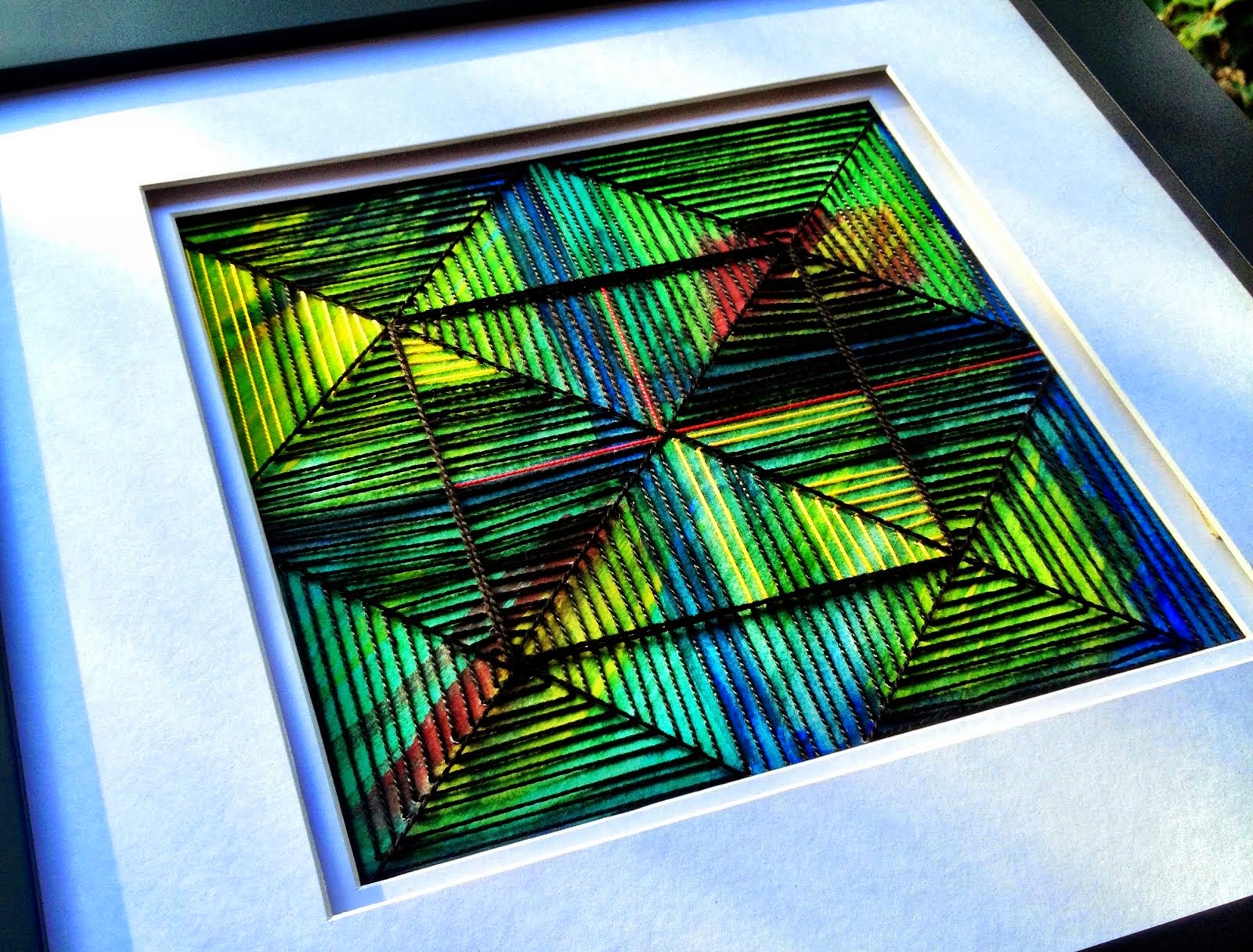 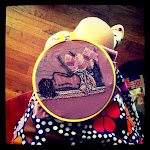 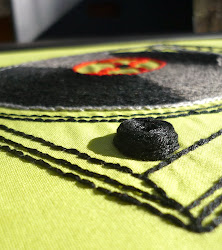 A few words about me

olisa
Durham, NC, United States
I’m a Durham-based stitch artist & blogger, with a focus on text, self-portraiture & texture. I embroider, sketch, paint and experiment. This blog is a place to share my creative exploration of my world. You can also find my monthly column, Inspired to Stitch, on Mr X Stitch. Other passions: Travel, baseball, stories & cooking. I’m Nuyorican and my dial is turned to 11! Thanks for stopping by. Leave me a comment, mijos.

Stitching/art blogs that I love